This weeks match review features two teams trying to get a grip on the top four, Northern Hawks SC vs. West Coast Cobras SC. The Cobras have had an extended break following the New Year, after their Round 10 match was postponed last week, they need a win to keep in touch with the top two. The Hawks on the other hand were looking to keep up the pressure on league leaders Pumas. With the Hawks boasting the best goal scoring statistics and the Cobras having the best defensive record, the match was sure to be an exciting tactical arm wrestle.

The Cobras got off to a lightning start, pressing aggressively from the first whistle and preying on mistakes made by the Hawks players. A loose touch from Ellis of the Hawks gave O’Driscoll the chance to instantly put the Cobras up and he emphatically smashed the ball into the back of the net to give the Cobras an early lead. Just 20 seconds later, another loose pass from the Hawks was intercepted by Yusof. Yusof managed two shots at the goal, one hitting the post and another blocked on the line, before laying it off to O’Driscoll who obliged again to score and put the Cobras up 2 goals to nil after just one minute played.

Following a few more shaky minutes from the Hawks and aggressive pressing from the Cobras, a time-out was called by the Hawks coach. After a good old fashioned coaches spray from the Hawks bench, the match had a completely different dynamic to it. A settled Hawks elected to play fly-keeper for the remainder of the half as the Cobras reverted to a set defense. Both sides managed a few good chances going into the half-time interval but it was the Cobras who were happier to hear the half-time whistle as the Hawks started to pile on the pressure with their fly-keeper.

The second half started just as the first ended, with the Hawks continuing to put on the pressure with their fly-keeper. However, it was a set piece that gave the Hawks their first goal of the match, Devon Rindel flashing the ball across goal, the ball bouncing off several players before falling to Jelenovic’s feet, who calmly put it into the goal. West Coast Cobras resorted to counter-attacks and shots from distance for the next 10 minutes of the match, Ross coming close a few times from his own half but couldn’t finish the game off. With just 6 minutes to play in the match, Al-Shebani received the ball in the middle of the court and was given time to turn and run at Ross. A drop of the shoulder and a strong toe-poke into the roof of the net gave the Hawks their equalising goal and set up a blockbuster final 5 minutes. 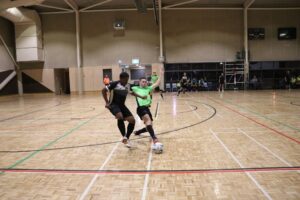 O’Driscoll intercepting a pass to Sasikumar

With both sides pushing for a winner, Halil Russo received the ball on his own goal line and drove through the middle of the court, beating two defenders, and bouncing it off Dickson to beat the third player. Russo calmly slotted it past an on rushing keeper to give the Cobras their lead back with 2 minutes to play. The Cobras were now happy to defend in their own third but the pressure of Norhtern Hawks’ fly-keeper was too much for them to bear. Sasikumar taking advantage of a deep Cobras defence and finishing neatly off the post to make the score 3-3. Unsatisfied with the draw, the Hawks pushed on with their fly-keeper and the tactic paid off when the Hawks’ keeper Daniel Formato deflected his shot off a Cobras defender from the flanks and into the back of the net to find their winner with just 15 seconds to spare.

In other league news, Perth Pumas kept their lead at the top of the table after a 4-2 win against the Phoenix. The match was a close contest up until mid-way through the second half when a red card was shown to a Phoenix player, Pumas capitalizing on the extra numbers and ending the match comfortably. ECU Jets continued their good form with a 3-1 win over Condors FC. The win finally sees the Jets climb off the bottom of the table and also puts more pressure on the Condors who have now lost 2 matches in a row. Finally, Futsal Factory heaped more pressure on the top four after beating Scarborough Sharks 6-2. The win keeps the Factory in with a chance to break into the top four and roots the Sharks to the bottom of the table, although both sides still have an extra game in hand. Andinxs FC had the bye for this weekend. 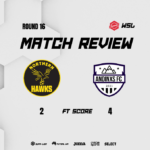 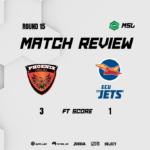 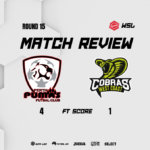 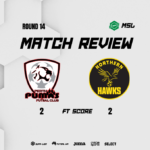