This weeks women’s featured match of the round is between new league leaders Perth Pumas FC and Northern Hawks SC. The Hawks had to settle for a draw last week resulting in them losing the top spot to the Pumas, who had a resounding victory to help them to the top spot. Both sides boasted strong attacking returns coming into the match, but it was the Pumas with the stronger defense by just a small margin in terms of goals conceded. The Pumas had to play the match without their goalkeeper Battaglia through unavailability whilst the Hawks fielded a side mixed with experience and youth.

It was a tentative first few minutes of the match as both sides struggled to control the ball for long periods of time. The Pumas and Hawks are well known for their defensive structures and more often then not would set themselves up in their own halves, preying on offensive mistakes to re-gain possession. It wasn’t long before a loose Pumas pass was cut out by Buxey in her own defensive third, giving her the chance to drive through the middle of the Pumas defence and setting up Crevacore who finished well to put the Hawks in the lead. The rest of the first half was a similar story, the end-to-end style created plenty of chances for both sides. Edwards in the Hawks goals made some smart saves before the Pumas finally got onto the scoreboard. McMurdo met a lofted pass over the top of the Hawks defence, bringing it down with her first touch and finishing with her second. The goal meant that both teams went into half-time all even at 1-1. 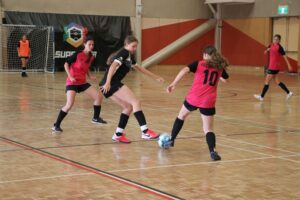 The second half started off with a slight change of tactics for the Hawks who decided to press for the get go. The constant pressure was dealt with well by the Pumas who opened up the Hawks defence through some sharp passing and quick thinking. A quickly taken kick in was met by McMurdo who fired in from distance to bag her and the Pumas second of the match. From then on the Pumas decided to sit in and defend for the majority of the second half. They proved themselves difficult to breakthrough with the Hawks switching up formations and even using a fly-keeper intermittently to try and break the Pumas down. The Hawks managed to get a few shots at the Pumas goal but a combination of desperate defending and brave goal-keeping kept them out. Woolley for the Pumas put the nail in the coffin when the ball fell to her after the Hawks had played the fly-keeper, leaving an empty net for Woolley to calmly chip into. The end-to-end match ended in a 3-1 victory to the Pumas, keeping them at the top of the table and putting some distance between them and the Hawks who sit in 3rd.

In other Women’s Supa Liga news, the Western Devils showed their experience and class in a 5-1 defeat of Scarborough Sharks. The Sharks had set themselves up well and made it difficult for the Devils to break through, but in the end the experience of the Devils was too much for the Sharks to handle. Penelope Clayton winning the MVP for the Devils after dictating much of the match for them. In the final Women’s match of the day, Andinxs FC won their first game of the season against the Cobras after an impressive display by Ingrid Gomez helped them to a 4-1 victory. The Cobras had tried desperately throughout the match to create chances, changing systems regularly to try and catch the Andinxs defence off-guard. The win lifts Andinxs FC off the bottom of the table, overtaking the Sharks on goal difference. The results in the league have set up a blockbuster round 8 match up between the Pumas and the Devils. Both teams sit on 15 points but it’s the Pumas who will start the match as league leaders having scored 2 more goals than the Devils. 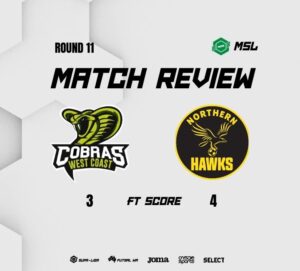 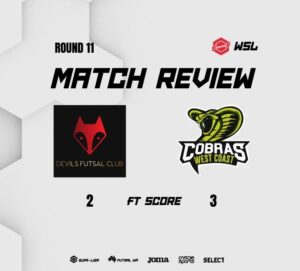 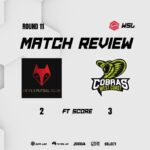 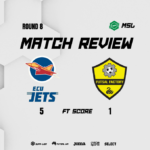 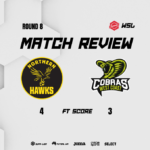 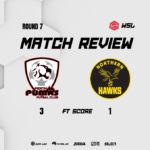